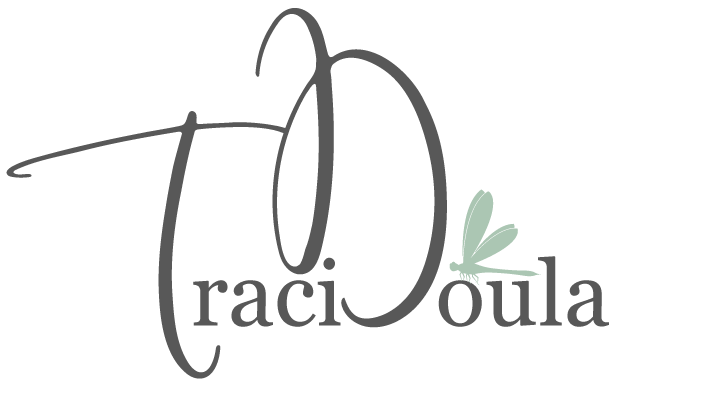 CONTRIBUTE TO THE SOLUTION FOR ALABAMA’s MATERNITY MORTALITY CRISIS

In a world where racially disparate treatment still impacts our perinatal practices, Black birthing women are 4 times more likely to die in childbirth in our nation. Alabama alone now ranks third highest in the nation in maternal death rates. Supporting Black birth workers, especially midwives, is essential to addressing these challenges. Please consider giving to support our Black student midwives of Alabama. They are working hard to serve our communities, offer options for better birthing outcomes, and provide Black families with caregivers from within Black communities. Together, we can make a difference in the lives and birth experiences for Alabama’s mothers and families overall.

INTERESTED TO LEARN MORE ABOUT THIS? READ THIS ARTICLE:

Alabama: The Third Highest death rate in the country! 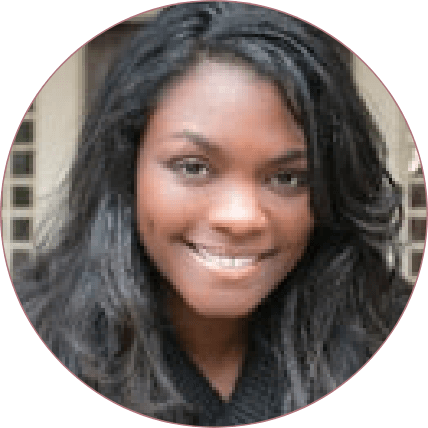 is a Huntsville, Alabama native, and currently serves the North Alabama and Tennessee Valley area as a professionally trained doula and an apprenticing midwife. She is also the pioneer of The DandeLion Difference Initiative – a non-profit, grassroots, community-based initiative that is focused on reducing maternal health disparity, providing compassionate and quality care to low income and young mothers in need, and improving birth outcomes in Alabama and the Tennessee Valley area.

The unexpected, yet divine call to and pursuit of becoming a midwife began in June 2018. Thanks to CAPPA Certified Birth Educator, Katie Terry, CLD of The Shoals Doula Group, Tiffany received her professional doula training in 2019, and began providing professional doula services and support to women in hospital settings. In May 2020, she was offered the opportunity to begin apprenticing as a student midwife with Harvest Midwifery under the direction and guidance of Chloe Raum, CPM, TN / AL in which she is gaining hands-on, competency and community-based training and experience in out-of-hospital settings. Tiffany considers herself a “Midwife in HIS Making” – relying most on her faith and relationship with The Creator to see that which is conceived come to birth (Isaiah 66:9).

She is seeking funding to help her complete her midwifery course work through The National College of Midwifery and obtain her Certified Professional Midwife credential and state licensure within the next 2.5 -3 years. She continues to contribute to the survival and holistic well-being of women and their families within her reach by providing comprehensive, culturally-relevant and evidence-based care, support, education and therapy to those in need; especially those who are underserved, socio-economically challenged, and unmarried with children.

CONTACT INFO: Join us in making “The DandeLion Difference” and “Birthing this Midwife”! 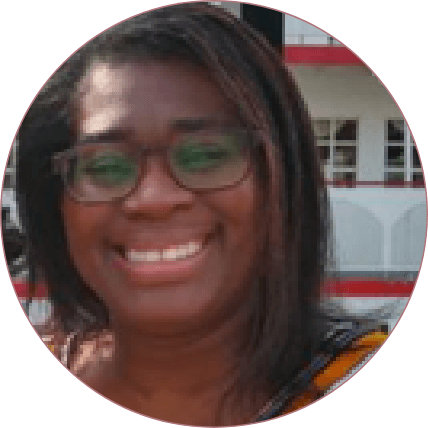 Tracie began her apprenticeship with Midwife Rebekah in the spring of 2019.  As an IT professional for the last 20 years, she is pursuing her life’s desire to work with women. In addition to midwifery, she has a passion for expounding on the principles of the Bible and enjoys teaching in a practical, unorthodox and easy to understand manner. Blessed by a blended family, Tracie is married to Jacky and together they are the parents of four young adults and two grandchildren. Her motto is “May everything I do be by His grace and for His glory”.

After retirement from the IT industry, Tracie desires to concentrate solely on educating women in a community setting.

In her spare time, Tracie enjoys hiking with her family, working in her garden and decorating events with her mother.

CONTACT INFO: Join us in making “The DandeLion Difference” and “Birthing this Midwife”! 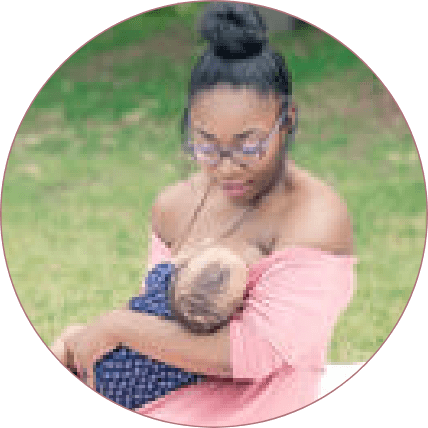 Charity found her way into birth work after the traumatic birth of her son, Declan.

After her medical concerns were ignored by multiple providers, she was rushed into an emergency c-section due to complications from HELLP syndrome. While hospitalized for weeks following her son’s birth, Charity had a strong desire to breastfeed and was met with opposition from her hospital’s nursing staff. She was met with implicit bias and micro aggressions such as “y’all don’t breastfeed that long anyway. He may as well get used to formula while he’s here” among other statements.

She turned to social media, Facebook specifically, for support.
Facebook is where she found her voice and educated herself on lactation practices, guidelines, found training programs and later co-found Chocolate Milk Mommies with other local mommas. From lactation, she saw a natural progression in her career, leading her to become a Full Spectrum Doula (trained by Birthing Advocacy) and now, a student midwife.

She has served on several panels, boards and with many organizations across Alabama such as the Alabama Perinatal Quality Collaborative, The MAMA Collaborative (another project she co-found), and the Alabama Midwives Alliance.

In 2019, she was accepted into the Midwives College of Utah where she began her studies in January of 2020.
Charity is continuing the fight against Gender based discrimination (experienced by so many lactating parents) in the courtroom in a federal lawsuit against her former employer.

Her efforts will protect the rights of lactating families across Alabama.

You can follow Charity’s journey to midwifery on Facebook at @BloomBirth, IG @bloom_bafs or by contacting her via email: sunkisswddoula@gmail.com

Be on the lookout for her website to be published at the beginning of 2021 which will include handmade baby carriers, cloth diapers, and jewelry to support her along the way. Please, also consider contributing to her journey through these other methods:

The road to becoming a Certified Professional Midwife isn’t easy nor free. As a student, we dare expected to work for several hours (days in some instances) without pay, gas, food offerings or reliable childcare. Please consider a monthly contribution of at least $100, if possible, to help cover these expenses. 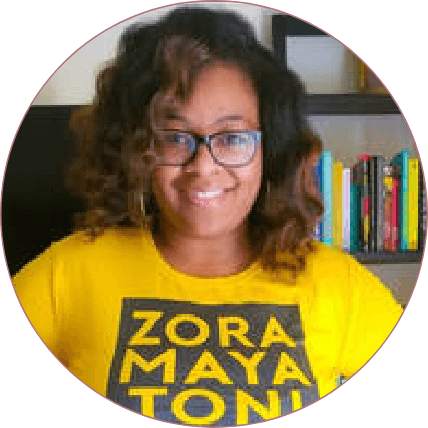 I was introduced to birthwork before knowing there was a space for this work, as a caretaker for a family memeber during her pregnancy (which was high-risk).

My passion for women’s physical and mental health has shaped my love for becoming a birthworker, advocate, and community educator.

My goal is to inspire, empower, and educate women regarding the importance of overall womb wellness, reproductive care, and education, even outside of pregnancy and the birthing space.

I am currently based in Tuscaloosa, AL, but have served all over the state of Alabama (Tuscaloosa, Jefferson, Madison, Perry, and Montgomery, and Sumter Counties) and in other states (Virginia, Kansas, Georgia, and Florida) both physically and virtually. 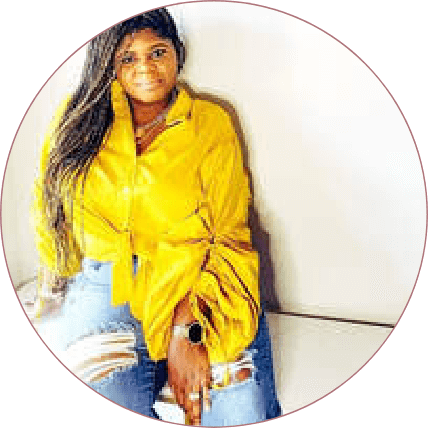 Nadia’s  originally from the Jubilee city of Daphne, AL and is a Alabama A&M University Bulldog and Faulkner State University Eagle. Nadia began walking in her calling of birthwork in 2017.

“Pregnancy and birth stir my heart, mind, and spirit in a way that not very many things do. The miracle of God given life, the deeply sacred and spiritual encounters, the power that it evokes, and the strength of a woman’s body to bring an angel earthside ignites the passion and calling within me. My mission is to support and guide women and their families to the birth that they feel best fits them and their families.

My ultimate goal as a doula is to make profound change in the way that parents are supported during their journeys into conception, pregnancy, parenthood, and beyond. I find it a true reward and honor to walk alongside women and their families during this very special time in their life.”

Locally serving Montgomery, Alabama USA and the surrounding area.
Virtually serving birth professionals and families from all over the world!